Please help to support Arthur in his new book.

He has been an inspiration to foragers, botanists,and folks studying primitive skills too.

I have had the pleasure of training with Arthur over this last year and my plant knowledge has grown exponentially!! I highly recommend spending time with this Master herbalist and primitive skills authority. 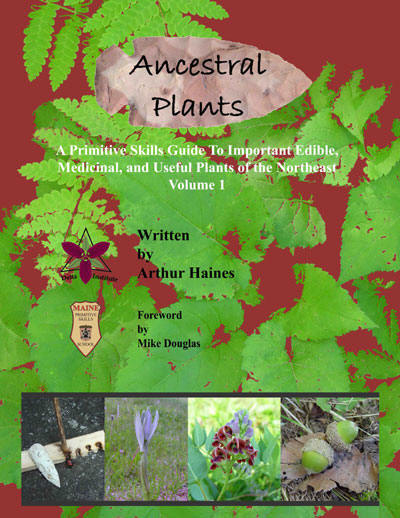 “Plants were immensely important to primitive people. They supplied them with many things needed for survival: food, clothing, medicine, fibers for cordage, lubricants, hafting materials, fire, raw materials for weapons, poisons for fishing and repelling insects, and much more. This has not changed in today’s world. People still rely on plants for their everyday survival and comfort. The main difference is the majority of the populace today does not know how to identify, collect, and process plants for the things it needs. They are dependent on food stores, pharmacies, clothing stores, etc. For some, this level of dependence on growers and manufacturers is the norm. They have been raised with it all their lives and assume it to be part of living in the modern world. For others, this lack of self-reliance may plant a seed within them that will grow into a desire to understand how our ancestors lived without the use of synthetic and highly processed materials. They may wish to lea

The holiday times are upon us. You could go out and buy all kinds of decorations for your Christmas tree or your windows, or cards for friends and family. But let’s look at another perspective…how about creating your own decorations using materials from the natural world? 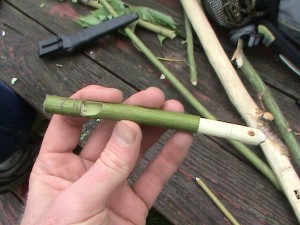 Our ancestors constantly used different fibers of different plants for textiles, making baskets, creating mats out of cattail, art and sculptures too.  Living in a time where people buy everything, there seems to be a disconnect to the natural world.

How did this picture frame actually get here?

Well, first you need the natural materials—who knows if they were harvested in a respectful manner and that other trees were thinned to create habitat for small herbaceous plants and animals and insect growth too? Then it needs to be shipped to a factory where it is to be manufactured; then once it’s manufactured, it gets packaged. Then after the packaging happens, it gets put on a truck…then there’s all the resources used to ship it whether by plane, train or tractor-trailer vehicle from overseas. Notice how many things are from China. These are all a tremendous amount of resources to use when you can easily learn how to make things on your own from nature. 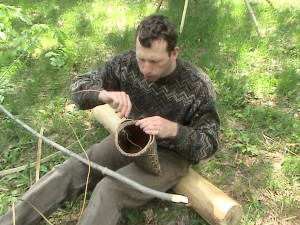 First begin with intent; then decide what your goal is—what would you like to create and for whom (i.e., your mother or father or perhaps grandparents or friends)?  When you figure out for whom, then create something for them; imagine what they would like. You can make a necklace with homemade beads that you can carve. You can make a wreath using our abundant Eastern Hemlocks. You can make bracelets. You can make a little basket. You can even make a spinning top with an acorn, and dolls or action figures from cattail and sedge. You can make cards too. There are so many options. 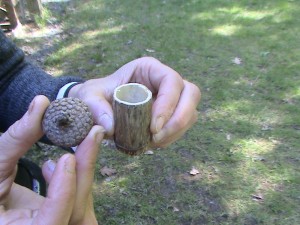 What do you think about when you want to create?

Think about where you are most likely to find an abundant source of material; it could be a wetland, deep forest, in a field close by. Then research and learn how the native people or pioneers or current crafts people process these resources. 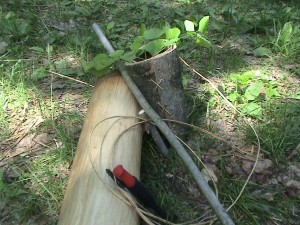 When you create something with your own hands and your heart and intent behind it, it has so much more value than perhaps buying something that doesn’t have a personal connection. There is so much happening in the wilderness during this time even though the leaves are dropped and it looks bare.  There are so many gifts out there that nature offers. You can also go out with friends and enjoy the “process” which helps to build relationships with each other as well as with your surroundings.

The other option is going to the store and waiting in lines to buy things, spending your money and your time in an area that’s very loud and not as intimate.

So life is about “choice.” May you give yourself the gift of creating your own gifts this season.
Blessings,
Frank

NOTE FROM EARTHWORK PROGRAMS: We are so glad that Cameron was found! We wish we could have been involved in the search in some way…tracking is what we do!

But it also reminds us that we all need to know what to do if/when we are lost–it does happen. Earthwork Programs has been providing wilderness skills programs for more than 10 years. In fact, we were recently at Sanderson Academy with our Lostproofing and the Art of Shelter Workshop and we held an Introduction to Survival Skills Workshop for the community. These are truly useful skills!

Some are calling it a Thanksgiving miracle. A seven year old boy lost for nearly 18 hours in sub-freezing temperatures manages to stay alive.

At 9am on Thanksgiving morning, after 18 hours of anguish, Cameron Pleasant’s father can finally relax. His life is back to normal knowing his once lost son was alive and well.

Pleasant jumped into the ambulance that carried his son, hugged the EMT, then proceeded to give Cameron the biggest embrace ever.

A day before, Cameron sparked one of the biggest searches Western Mass has seen all year long.

On Wednesday night, police say the 7 year old Cameron wandered away from his backyard on Mathews Road and vanished into the Conway woods. For 18 hours, he was alone, battling the bitter cold with just a red jacket, a hat and gloves for warmth.

A reverse 911 call was sent to the entire town and soon, hundreds flocked to Conway Grammar School, where Cameron was a first grader. Almost immediately, his place of learning turned into command central for his rescue.

“State Police, EPOs, from the barracks, the Conway police and fire department,” were some of the crews assisting, says MA State Police Lt. Michael Habel.

Lines of tactical crews and hundreds of regular residents piled in. Hours went by as they all combed the woods on ATVs, but there was no sign of the missing boy.

“We listened and waited and listened to helicopters and we were just hopeful,” says neighbor Kathy Desch.

The turning point came in the morning hours. Hours after dawn broke in Conway, searchers were able to spot young Cameron, perched on a ridge.

Cameron was rescued, 3/4 of a mile away from home in a very treacherous part of the woods.

The red jacket Cameron was wearing burst through the barren trees, and made the young boy easy to spot. It led to an emotional reunion.

“I’m so delighted. I’m thrilled for them. I was wondering if it was going to have a happy ending. It was very cold last night and we were very worried,” Desch says.

All of the worries were put to rest. Cameron, despite his overnight ordeal, was well enough that an ambulance, instead of a helicopter, rushed him from Franklin County to Baystate in Springfield. 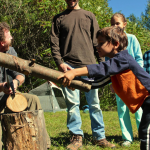