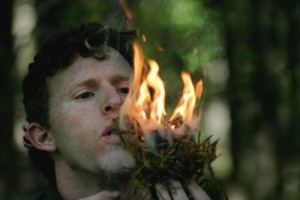 Wilderness Guide and Survival Instructor, Frank Grindrod has been dedicated to teaching earth skills since founding Earthwork Programs in 1999. Some of his focuses include nature awareness, tracking, wilderness living skills and earth philosophy. He is a graduate of Greenfield Community College’s nationally-recognized Outdoor Leadership Program. Frank maintains his own education studying with respected mentors; Tom Brown, Jon Young, Paul Rezendes and others. He has been trained as a Wilderness First Responder and is a certified facilitator for the Nurtured Heart Approach.

As an Advance Trainer of the Nurtured Heart Approach, Frank has studied with national trainers including Gabrielli Lachiara, LSW., Lisa Bravo, Tom Grove and Howard Glasser, MA. He is recognized as an advanced trainer and coach with energy parenting and Howard Glasser’s, The Inner Wealth Initiative and the Children’s Success Foundation.

Frank is currently working as a professor at Smith College, a lead facilitator of wilderness education programs and the Nurtured Heart Approach, as well as consulting for camps, museums, conferences, schools and environmental education centers throughout New England. 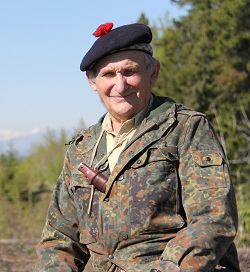 Mors has been a part of the Earthwork community for almost decade, working alongside director Frank Grindrod in a variety of programs. Mors’ extensive work in outdoor education, survival and wilderness living has granted him recognition as one of the world’s foremost authorities on Boreal wilderness skills and survival. In his life, Mors popularized the term ‘bushcraft’ in the Northern Hemisphere after publishing his first book Bushcraft, in 1988 and coined the familiar saying “the more you know, the less you carry.” He is a resident of Peers, Alberta, where he has lived and worked for the past 45 years. As an educator, Kochanski was an outdoor education instructor at the University of Alberta for 25 years. He still participates as a Master Instructor with Karamat Wilderness Ways and has been involved with the Junior Forest Warden Program for the last 30 years inspiring wardens and leaders. He received the JFW Lifetime Achievement Award in 2008. 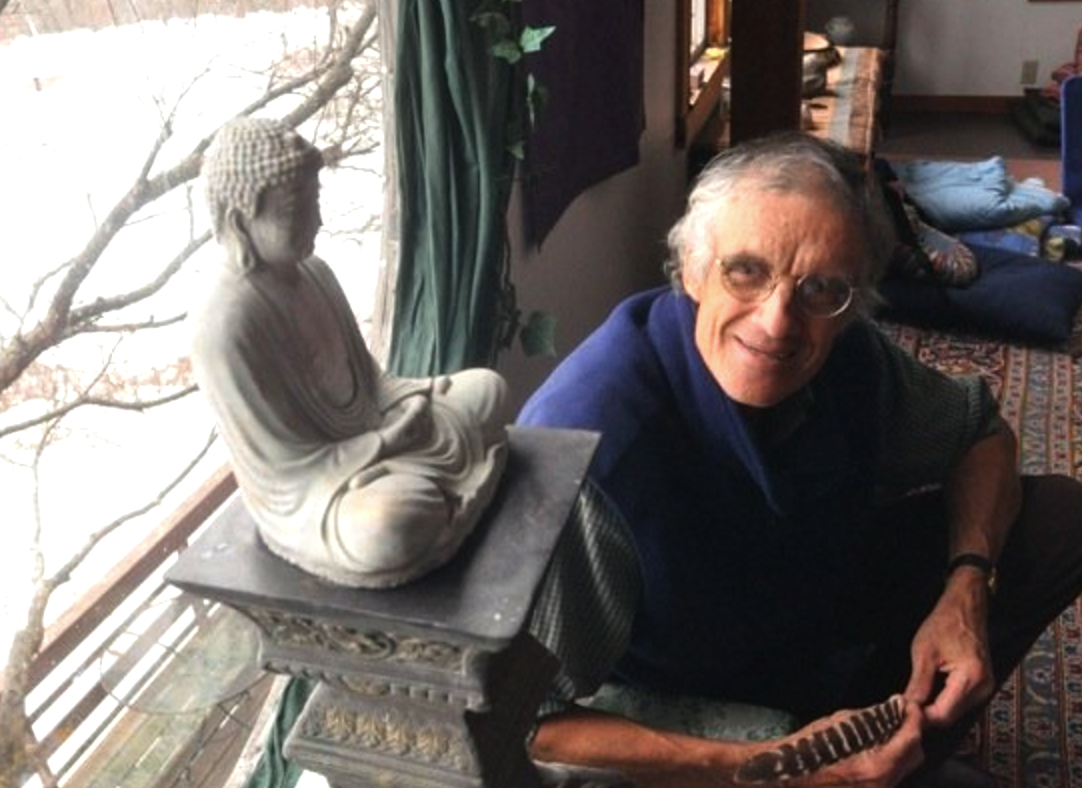 Dr. Larry Buell is founder and director of Earthlands, and Earth-centered intentional community and ecological study center and the University of the Wild, an alternative higher education curriculum. He has been a friend and mentor to Frank Grindrod and Earthwork Programs for over twenty years. He established and formerly directed the internationally recognized Outdoor Leadership Program at Greenfield Community College, MA. Larry received his B.S. from Springfield College, his Master’s Degree in Outdoor Education from Penn State University, and his Doctorate from the University of Massachusetts/Amherst. Buell serves on the Alumni Committee to Divest UMass from Fossil Fuels. He is consultant to numerous schools, colleges, universities, and community agencies. Larry frequently provides workshops and addresses regional and national conferences. He has an extensive background in international travel and work study. He is author of The Outdoor Leadership Competency Manual; The 24-Hour Experience: An Outdoor Adventure Program; Human Ecology: Roots of Our Worldview and Foundations for a Sustainable Future; and Return to the Meadow: Poetry, Prose, and Images of Place. Larry lives with his wife on the original 1733 Buell Homestead in Petersham, MA. 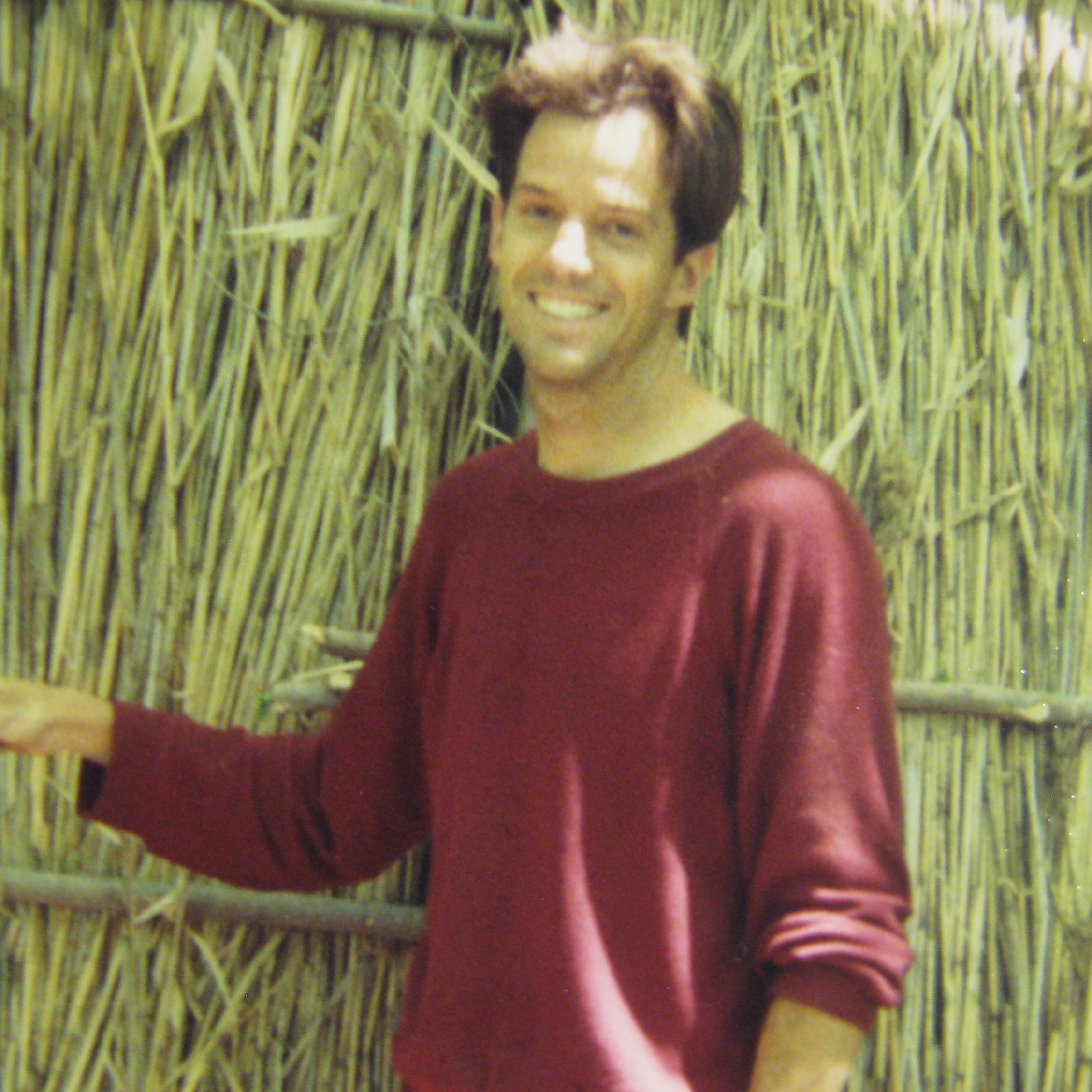 Barry Keegan has been a mentor and friend to Frank for the past 15 years. Barry has taught many Earth skills since 1991: such as flint knapping, basketry, bark canoe making, fire by friction, bows and arrows, primitive fishing, survival food/water/shelter, and much more, has made or repaired 70 wigwams and longhouses of bark and thatch, and 15 dugout canoes, one of 17 feet by 3 ft. , has been part of numerous films including History Channel’s Stonehenge Archer (Mystery Quest), and performs a rare demonstration of 9 ways to make fire by friction-back-to-back. He has taught at many survival schools, primitive gatherings, colleges and public schools, day camps, museum and nature centers. He also makes replica crafts for many museums and teaching institutions, has written over 20 articles for periodicals and assisted in writing and illustrating numerous books on primitive technology related matters. 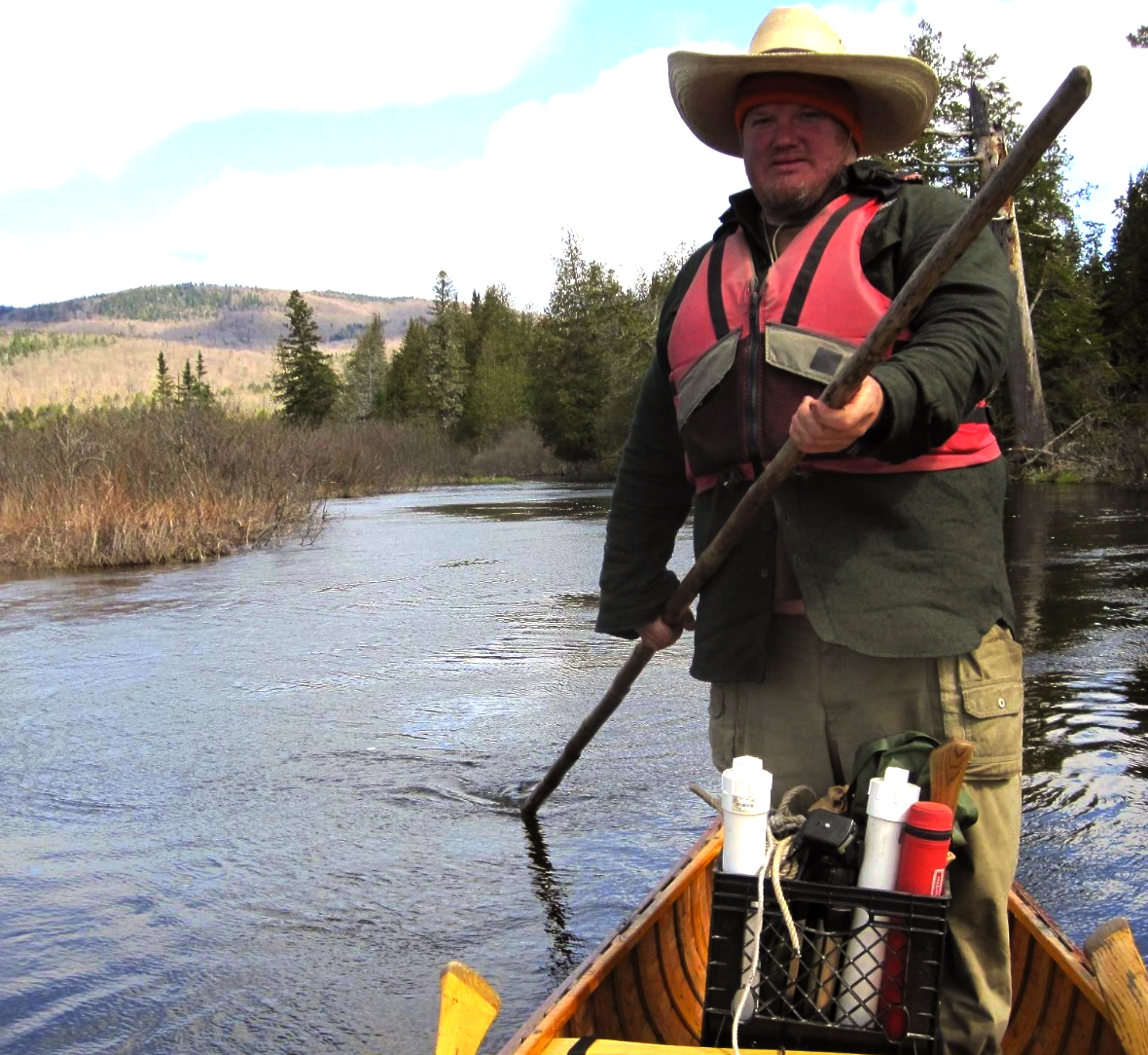 As the owner of the Jack Mountain Bushcraft School, Tim has worked with Frank Grindrod and Earthwork Programs in various capacities over the past 15 years. From a young age Tim was camping, fishing and learning how to get around in a canoe. After earning an undergraduate degree, he fulfilled a childhood dream and moved to Alaska where he fished and lived for a year in a 12-foot trailer before returning to the lower 48 and getting a masters degree in education. Tim spent years learning the craft of guiding and traditions of the north woods from Master Maine Guide Raymond Reitze and studied extensively with Mors Kochanski. He spent significant time in both summer and winter traveling with and learning from native Cree people in northern Quebec. Tim taught bushcraft and guided part-time for several years before founding the Jack Mountain Bushcraft School in 1999. He’s been at it full-time since then. Tim has taught 39 college-accredited bushcraft semester courses. He has guided survival, canoe, snowshoe, fishing and hiking trips in Maine, New Hampshire, Quebec, New Brunswick, Alaska and Florida. Tim has written seven books and a variety of magazine and newspaper articles including, The Woods Cook: Outdoor Cooking With A Professional Guide, Bushcraft Education: Riffs And Reflections On Teaching And Learning Outdoors, and On The Trail: Selected Canoe And Snowshoe Trip Journals. Tim has consulted on several television shows on both sides of the camera, including, Naked & Afraid and Man Vs. Wild with Bear Grylls. 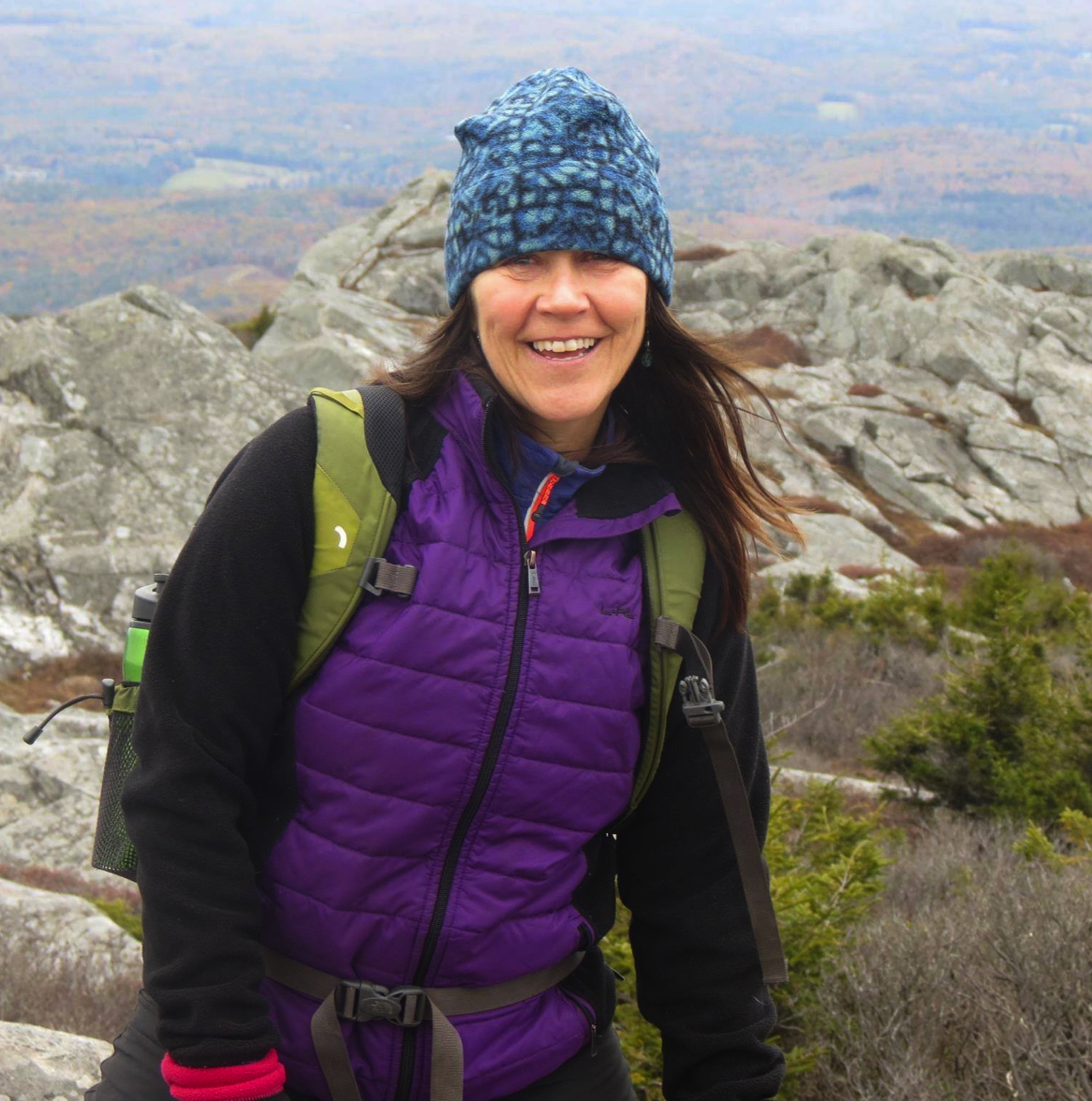 Lenore is the owner of Natural Vitality in Northampton, MA, where she offers Holistic Health Consultations and Integrated Bodywork therapies. She is a graduate of the Rocky Mountain Center for Botanical Studies in Boulder, CO, where she completed three years of training in Clinical Herbalism. She is a Licensed Massage Therapist specializing in deep tissue, acupressure and craniosacral therapies. Lenore is certified in raw food preparation through the Living Light Culinary Art Institute and Rawbert’s Organic Cafe. She has completed many years of trainings, apprenticeships and classes in Herbalism, Shamanism and Chinese Five Element Acupressure. Lenore offers cleansing, detox and weight-loss programs, medicinal plant walks, and seasonal health and healing retreats. 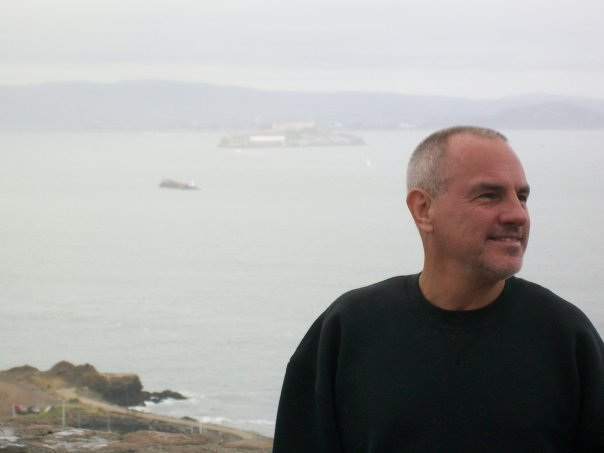 Michael is a wildly enthusiastic outdoorsman with a passion for sharing his treasury of knowledge and lifetime of hard earned skills, and fostering a deep appreciation of the natural world. From a very early age his audacious spirit has taken him to adventures in extraordinary places and unexpected lessons from seas to summits and icy reaches to harsh desert climes. A lifelong surfer, martial artist, sailor, mountaineer and rock climber, dedicated wilderness survival instructor and tracker, Mike never stops exploring and learning and honing his pedagogical expertise. Michael attended the Tom Brown Jr. Tracker School where he studied wilderness survival, nature and tracking. He completed all standard and advanced courses including the highest level, “Scout.” At the Tactical Tracking Operations School, Michael became a Level one Tactical Tracker. He has participated in innumerable classes and workshops in a wide variety of skills with several luminaries of the field including, Paul Rezendez, Mark Elbroch, Roots School, and Walnut Hill Tracking. He’s a current member of Rocky Mountain Rescue (CO) and the International Society of Professional Trackers. 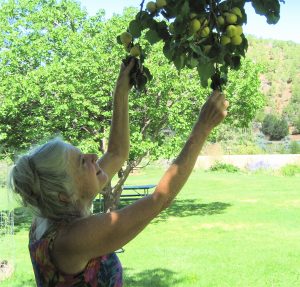 Blanche is a retired art teacher who’s always been interested in how plants can be useful–both in culinary and herbal ways. She’s incorporated wild foods into her diet since she was in her teens (a long time ago!). Primarily self taught, she was lucky enough in her 30s to meet the late Ben Charles Harris, a widely known author and authority on the subject. He encouraged her to lecture/lead walks all around New England which she has done for many years. She’s also written/illustrated three books on wild plants (that include recipes) and produced three hour-long seasonal films–Spring, Summer & Fall. She also illustrates for the national magazine GreenPrints and writes an edibles column for the local magazine Healthy Life. Check out her short videos on YouTube. You can access them through a link on her website 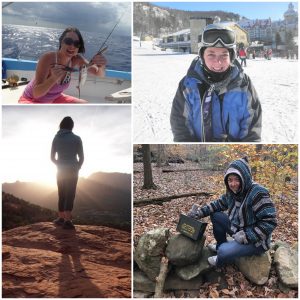 Allison Auman’s love of adventure and connection with nature led her to Earthwork Programs and her current position as a Wilderness Instructor.

After growing up in the south and obtaining a degree from the University of North Carolina-Chapel Hill, Allie moved to NYC to pursue a career in the fast-paced world of television production. After 15 years, she traded in the corporate life for a breath of fresh air here in Massachusetts.

Whether going on a scavenger hunt as a child or geocaching as an adult, Allie has always enjoyed finding places off the beaten path; including hiking Machu Picchu, studying in Denmark and backpacking through Europe. Through her extensive travels, Allie has learned to be a citizen of the world and loves sharing and creating new experiences with others.

Allie feels at home hiking and camping in the woods, or out on the ski slopes, and can also be found in warmer months on the water as a kayak guide and paddle board instructor. 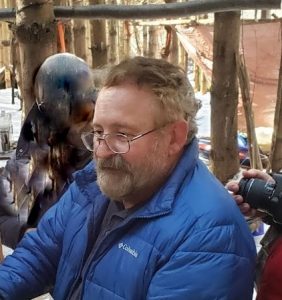 Cliff Thayer, MEd., is the acting Earthwork Programs Director. He has had an interest in the outdoors since he was a young boy. Cliff achieved the rank of Life in the Boy Scouts, followed by training from the Greenfield Community College Outdoor Leadership program. Additional training from Paul Rezendes, Mark Elbroch, John McCarter and Alcott Smith as well as attending numerous adult Workshops with Earthwork Programs, starting eight years ago, rounds out his wilderness skills.

Cliff has worked as a guide in Easthampton Arcadia, an Audubon facility. He has been a Wildlife Regulator (permitted by the Massachusetts Division of Fisheries and Wildlife) since 1992, helping orphaned mammal wildlife and some reptiles.

Cliff earned his Associate Degree in Science from Greenfield Community College in Leadership Development in Recreation and Human Services. He went on to earn a Bachelor in Science in Therapeutic Recreation from UMass, a Master in Education in TR Management and post graduate work in Mental Health Counseling from Springfield College. He has worked as a Recreation Therapist and Child Therapist since 1977. 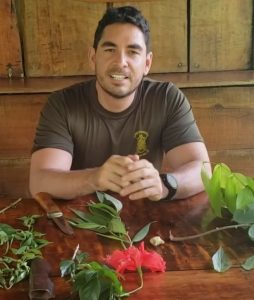 Albert has been featured in International Survival Reality shows as a survival / safety consultant, working in front and behind camera.

His passion for survival will guarantee you the best service and survival experience. It’s not just about survival to Albert; it’s about sharing the beautiful jungle!! 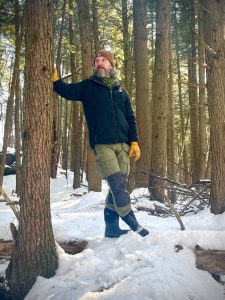 Isaac grew up exploring the wilderness of Western New England and allowing those places to entice the wilderness in him. He is an advocate for every human’s right to their place on the land. Isaac is the owner of LaughingTreeLife, a guiding and coaching practice that partners with the more-than-human-world and believes deeply in the healing and transformative power of Nature. He received certification as a Forest Therapy Guide through the Association of Nature and Forest Therapy Guides (ANFT). He studied Environmental Studies with the Audubon Expedition Institute and holds a degree in Natural Resources Conservation and Wildlife Biology from the University of Massachusetts.

Investing in Our Future

As a qualified team of inspirational instructors, we continue to teach in a variety of settings, including outdoors, workshops, conferences, environmental education centers, and public and private schools.

In keeping with the mentoring tradition, we may also invite guest instructors and assistants to join our team.

“Frank is a very positive role model. He creates an atmosphere that is relaxed and welcoming. The kind of attention and acceptance my grandson gets in the group is very important.”
C. Leslie, grandmother of 13-year-old Leader in Training