Ancient Times and Early Humans: A View of the Past

Let’s look at early humans and how they and their tools changed over time.

We need to see through the eyes of archeologists and anthropologists to learn the specific skills and tools for dating artifacts and linking them to specific time periods.

This means we need to use our tracking skills! Lets get started… 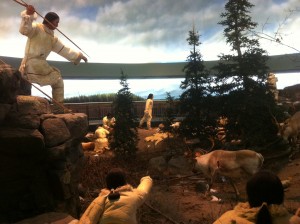 Imagine you are taking a journey back in time to 2.5 million years ago. There was fuzzy creature hunched over with a large extended jaw and human-like form with long arms and a long trunk breaking rocks. This animal is our ancestor hominid (human-like creature). They were a primate that could walk upright but still had trunk and arm adaptations for climbing trees. They also slept in trees for protection from predators. Our distant ancestor stood only about three feet tall.

How do we know this? Clues left behind that have been preserved. Archeology is the scientific study of historic or prehistoric peoples and their cultures by analysis of their artifacts. By studying their bones and tools we come up with ideas about them and their culture; it is like putting together a puzzle.

The bones become stone over time by a process called fossilization. These fossils can last for millions of years. Wow! Archeologists have also found pieces of various stones that have been chipped in a predictable manner with significant controlled force for a similar result. Tools!

Enter the Age of the Tool Maker 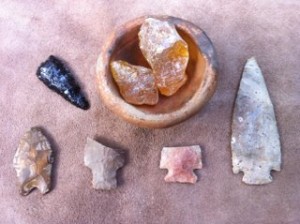 Look at the picture of the projectile points pottery and resin on an animal skin that was tanned for use of clothing, bags, etc.

These artifacts – the three on the left with 2 that are broken and all lightly colored are great tracks left behind that I share during our classes where we make stone tools and teach about ancient civilizations. Its one thing to read about it, but to actually MAKE it gives a deep respect for the artist and craftsmen these people were. 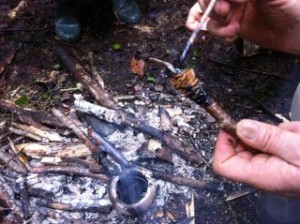 From an atl atl, a tool designed to throw spear shafts, the point can be seen on the far left with the upside down v that looks yellowish, is from the archaic period. According to my good friend Charlie Paquin, an Experiential Archeologist, which is someone who does not just study things they find but they also replicate it by making it themselves, this artifact also has a worn point which could be from hitting something hard like bone or a rock when launched from the atl atl, or it could have been used as a drill.

Here is a List of Exciting Finds We Continue to Discover

Shanidar Cave in the Zagaros Mts of Iraq found eight prehistoric people over a 100,000 years old.

Oldest fire remains, evidenced by a ring of rocks, big ash deposits and stone tools, indicate habitation. This 790,000 years old site was discovered along the Jordan River in Israel.

in Beaches Pit in England, Archeologists found fragments of stone around fires dating back 400,000 years ago. These were flakes hit in a precise way with pressure that would break stone in a predictable way to create an edged tool.

Clay-fired vessels from 18,000 years ago were found in China. One of the first containers was a steatite-type soap stone that could be shaped with stone and set directly on the coals of fire.

There is so much to learn from our past that can help us understand our future.
Enjoy the outdoors.